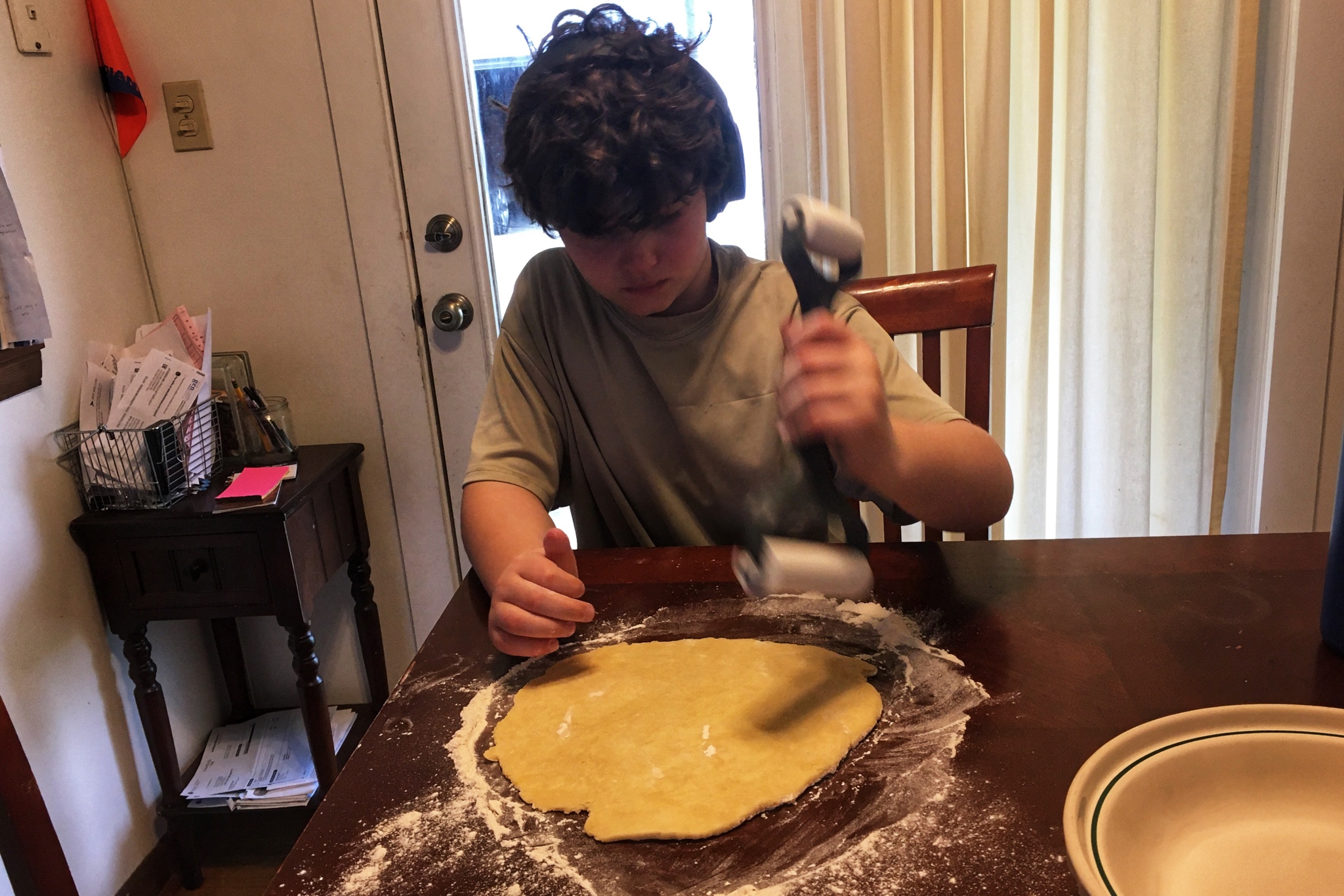 We finished another great read-aloud this hexmester, PIE by Sarah Weeks.  I’ve enjoyed using Brave Writer’s Arrow book selections for read-alouds, copywork, and writing.  This book was the first we’ve read in the mystery genre and it did not disappoint.  We were definitely stumped on who the city’s pie villain was. 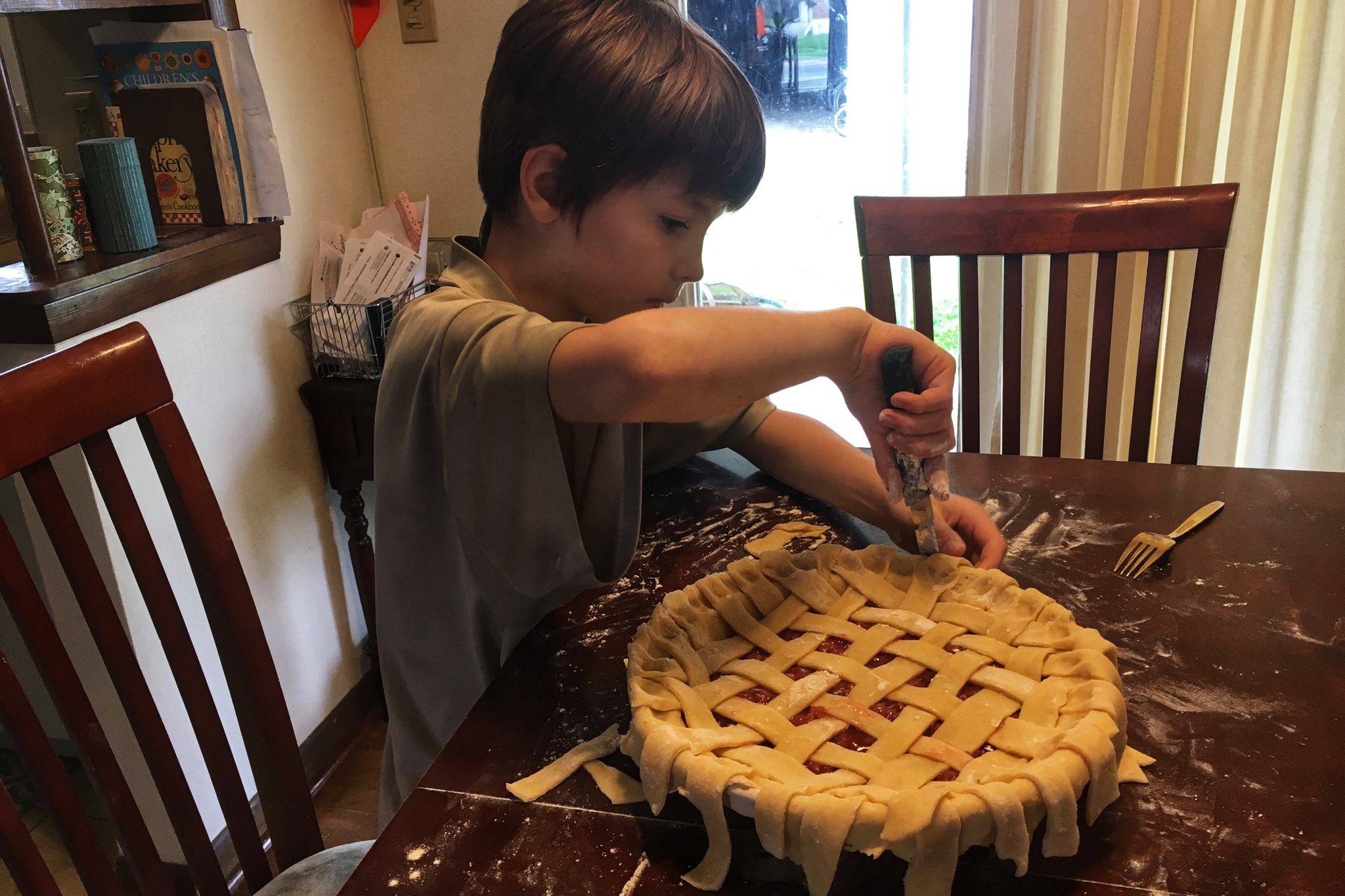 Each chapter began with a different pie filling recipe, so obviously, we had to try one out once we wrapped up the book.  Without having Polly Portman’s secret pie crust recipe, we still think we whipped up a scrumptious cherry pie, certainly better than Alice’s mother’s attempts.  If only the Blueberry Award were real. 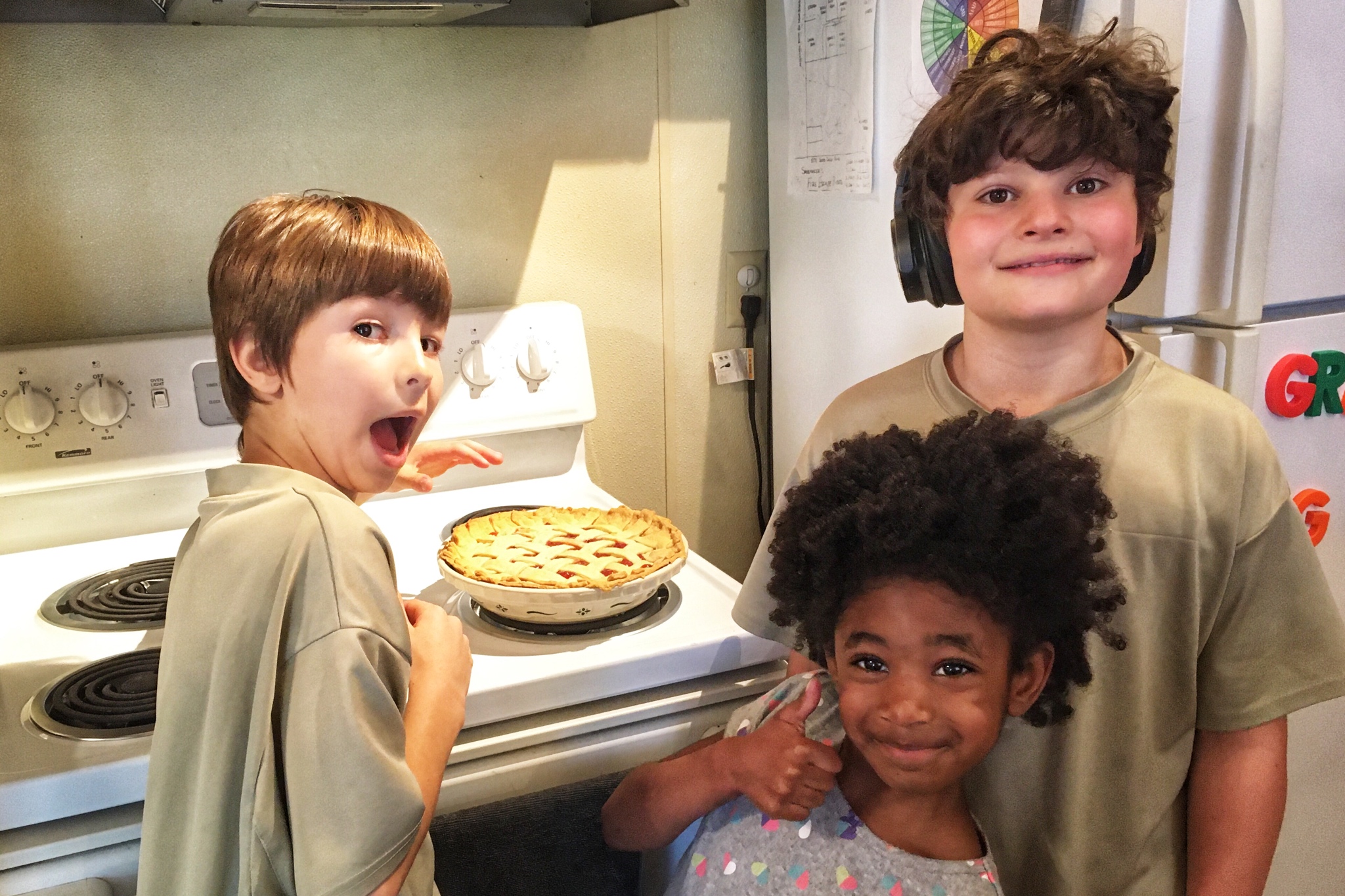 We ate our pie for lunch as we chatted about our hexmester and all the things we’ve learned about:  bodies, magic, letter sounds, tornadoes, editing, pie, Harry Potter, multiplication, factors, and fractions, It’s been a good hexmester and we’re ready to rest up before our final five weeks.  And it’s a good thing the library is still closed because we may have to try more pie recipes during our break.