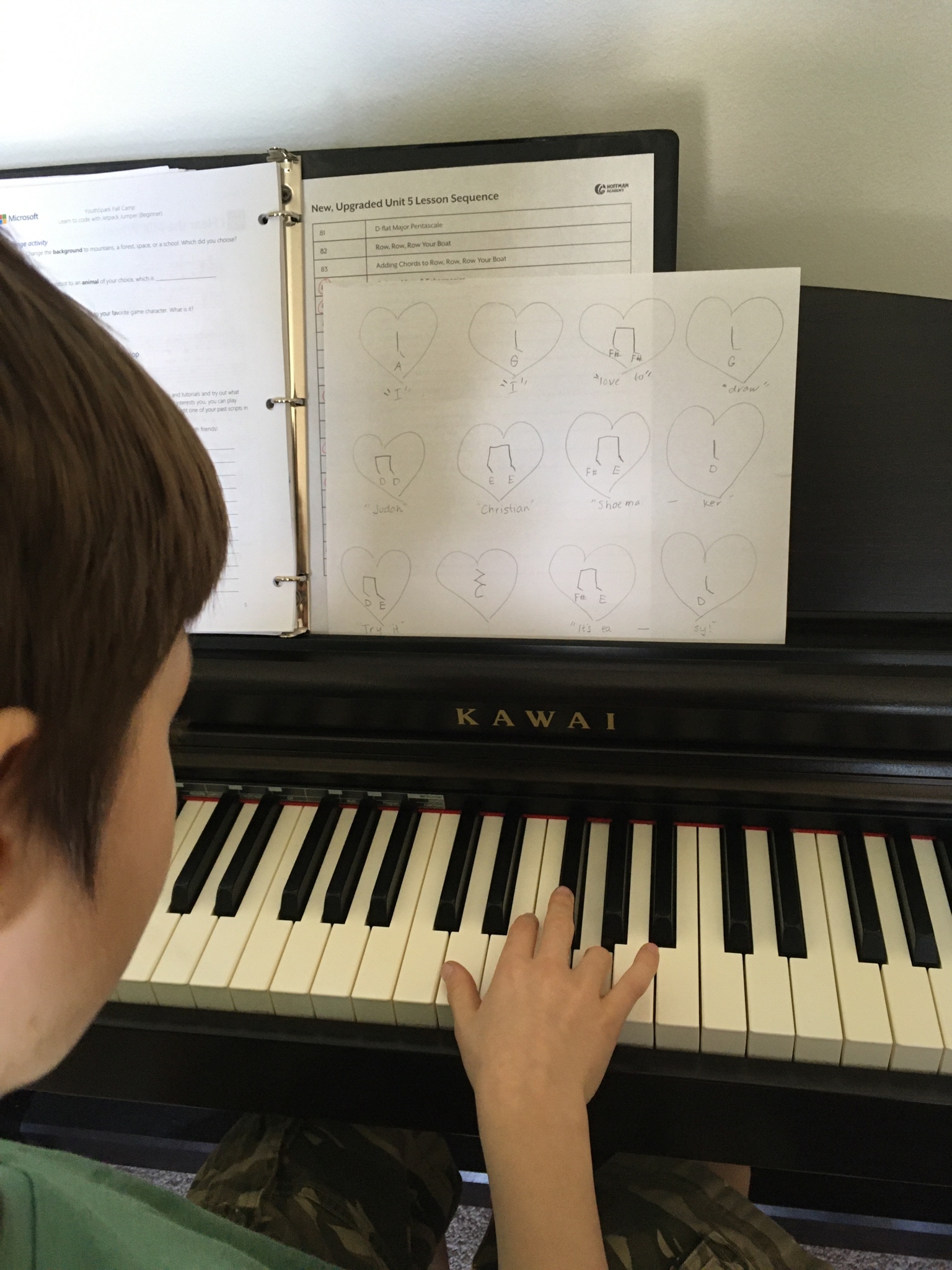 Everyone has been trucking along with their school work this week.  One of the best parts of the week was piano lesson, which rarely makes the highlight reel.  As usual, I was impressed with the route Hoffman Academy went for teaching composition.  He made it simple by having the students write a haiku as the lyrics, then choose the natural rhythm of the haiku, and finally choose a major or minor pentascale.  Both boys enjoyed composing their songs, Judah’s about drawing and Courben’s about dragons.  I’m wondering if more songs will start popping up around the house.

Judah is almost finished with the Gamma level of MathUSee!  He has come a long way in learning multiplication.  The facts aren’t superspeed yet, but he can skip count and figure out any single or multiple digit problem.  There are still days he wants to ball up his paper or chuck a pencil, but there’s progress.

Fractions have been a dream for Courben compared to the dreaded division he was working on earlier in the year.  These guys just make sense in Courben’s brain; I’m assuming we have baking to thank for that.  He’s easily adding, subtracting, and multiplying fractions already.

Two more weeks until we take a break before our final hexmester.  This year has flown by!  It’s hard to believe we’ll have all three ‘in school’ next year!