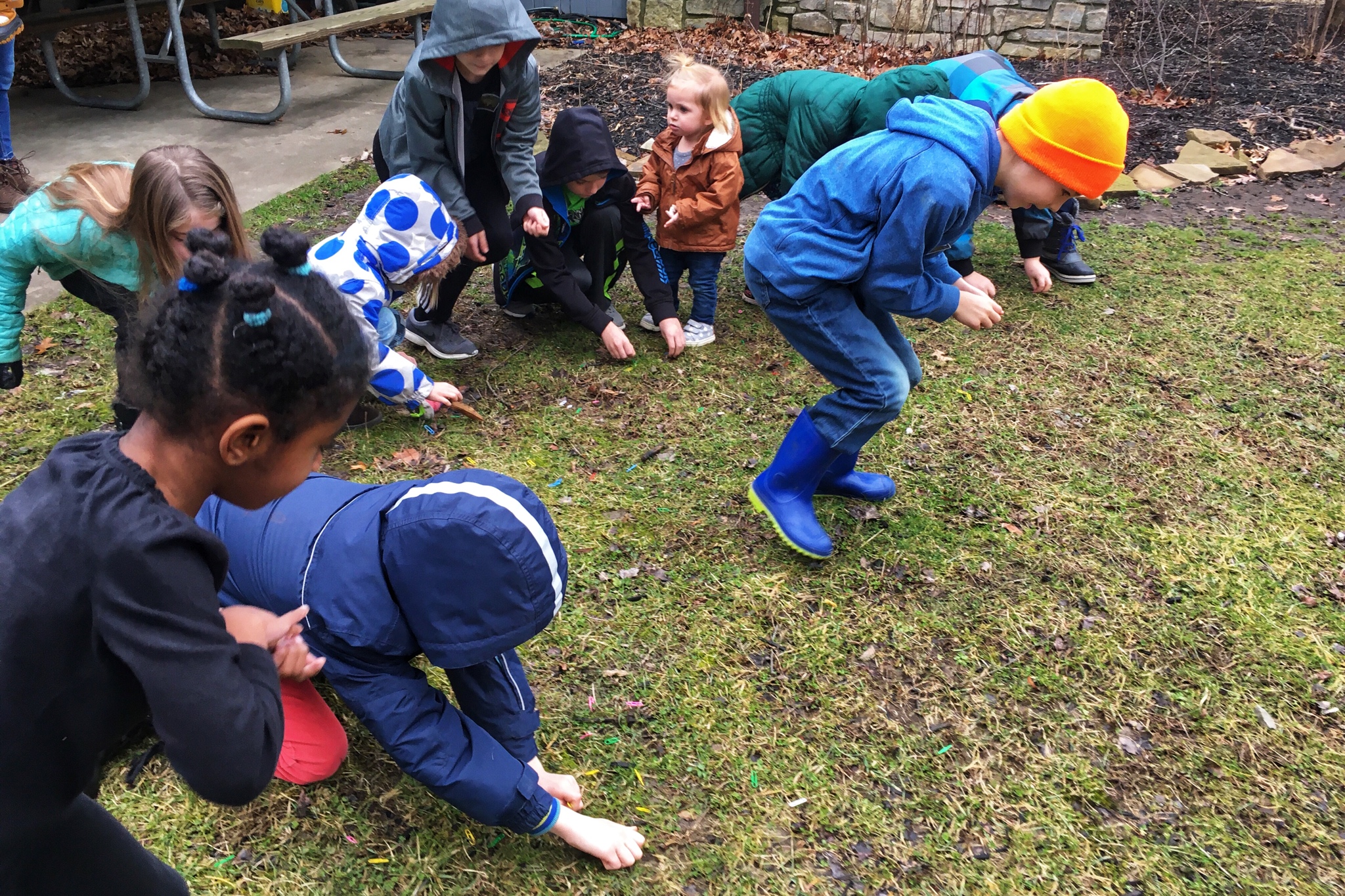 This week’s highlight was definitely the homeschool program at one our our metro parks.  Our kids were fully engaged as the naturalist taught about Ohio animals and their camouflage tricks.  She brought out two types of turtles and a tree frog to show just how well-designed these creatures are for hiding.  She also took the kids outside for a hands-on camouflage activity.  After sprinkling two different types of paperclips onto the ground, the naturalist had the kids hunt for “prey.”  Some prey was brightly colored and easy to spot and the rest was well-hidden as it blended right into the ground.  The kids took their role as predator rather seriously and ended up with both types of prey; though not surprisingly, far fewer of the brown and gold speckled paperclips were found. 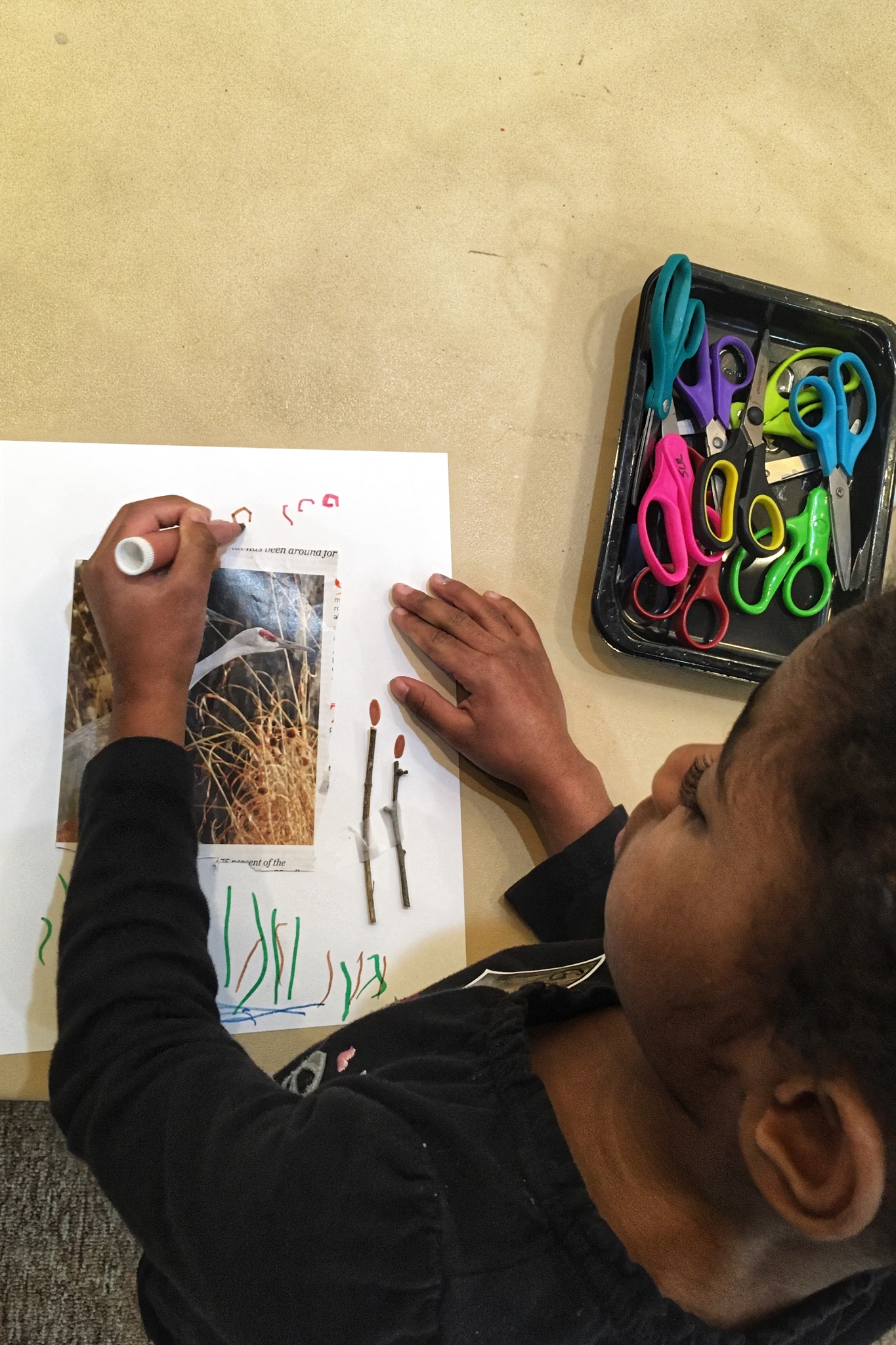 Afterwards, the kids got to make a habitat collage for the animal of their choice.  Grace and Judah were all about this and worked diligently to create theirs.  Courben explored the rest of the nature center and its frog, salamander, and turtles in their man-made habitats and he spotted wild turkeys in the bird-viewing area.  I was pleased to see how engaged the kids were throughout the entire program.  Of course, we had to head to the natural play area with some buddies afterwards.  Can’t go to a metro park and not play outside!