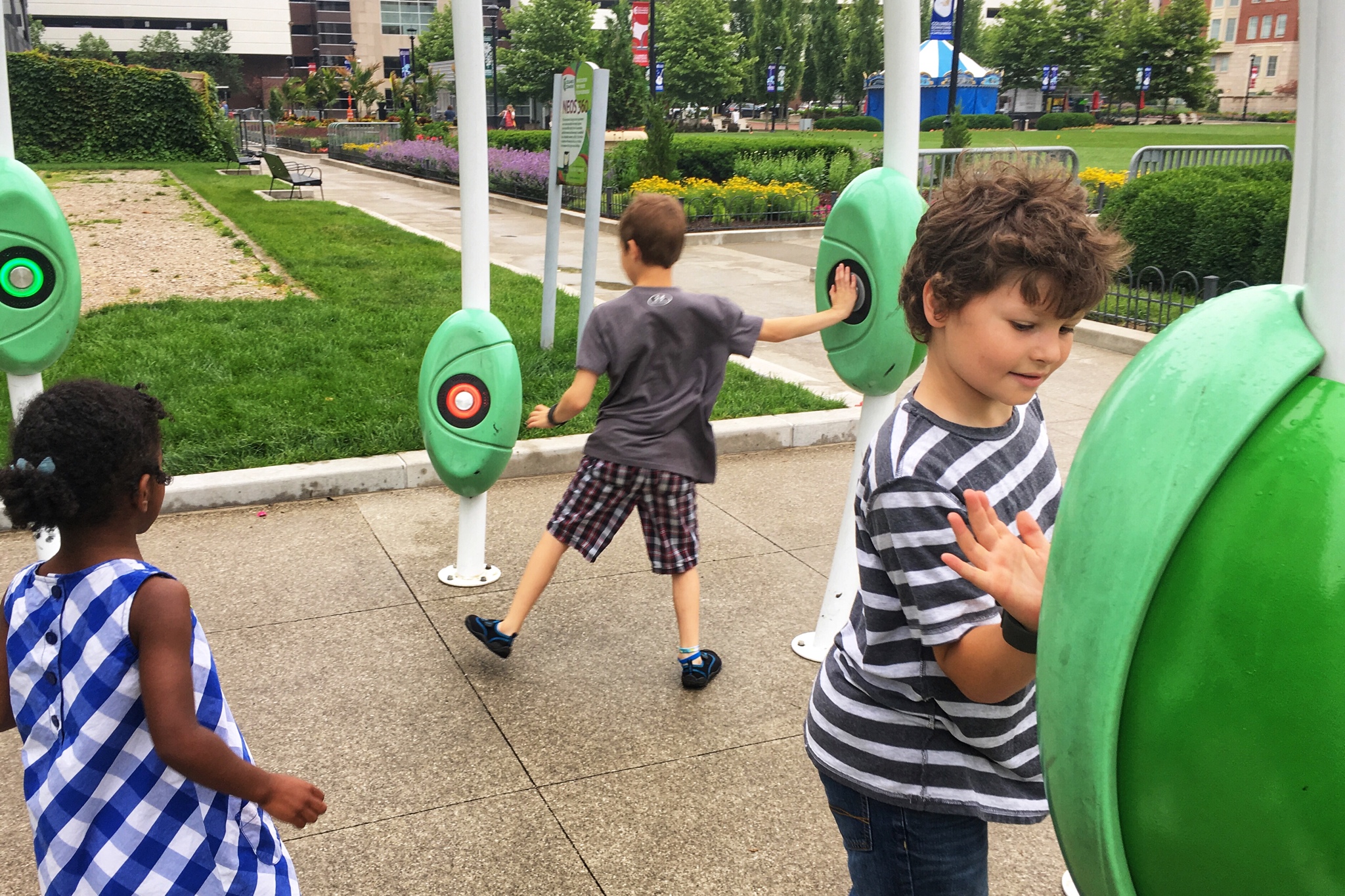 Gracie had a lunch date with Nate today, and instead of heading home afterwards, we decided to stick around downtown.  After struggling to agree on a spot to spend the afternoon, the kids told me to “just decide.”  So I took them on a surprise city adventure!  Our first move was to hop on a bus, which always brings back good memories for me.  Judah joked about licking the bus since that’s what he did when he was a toddler.  We eventually made it to one of the city’s green spaces and played a bit. 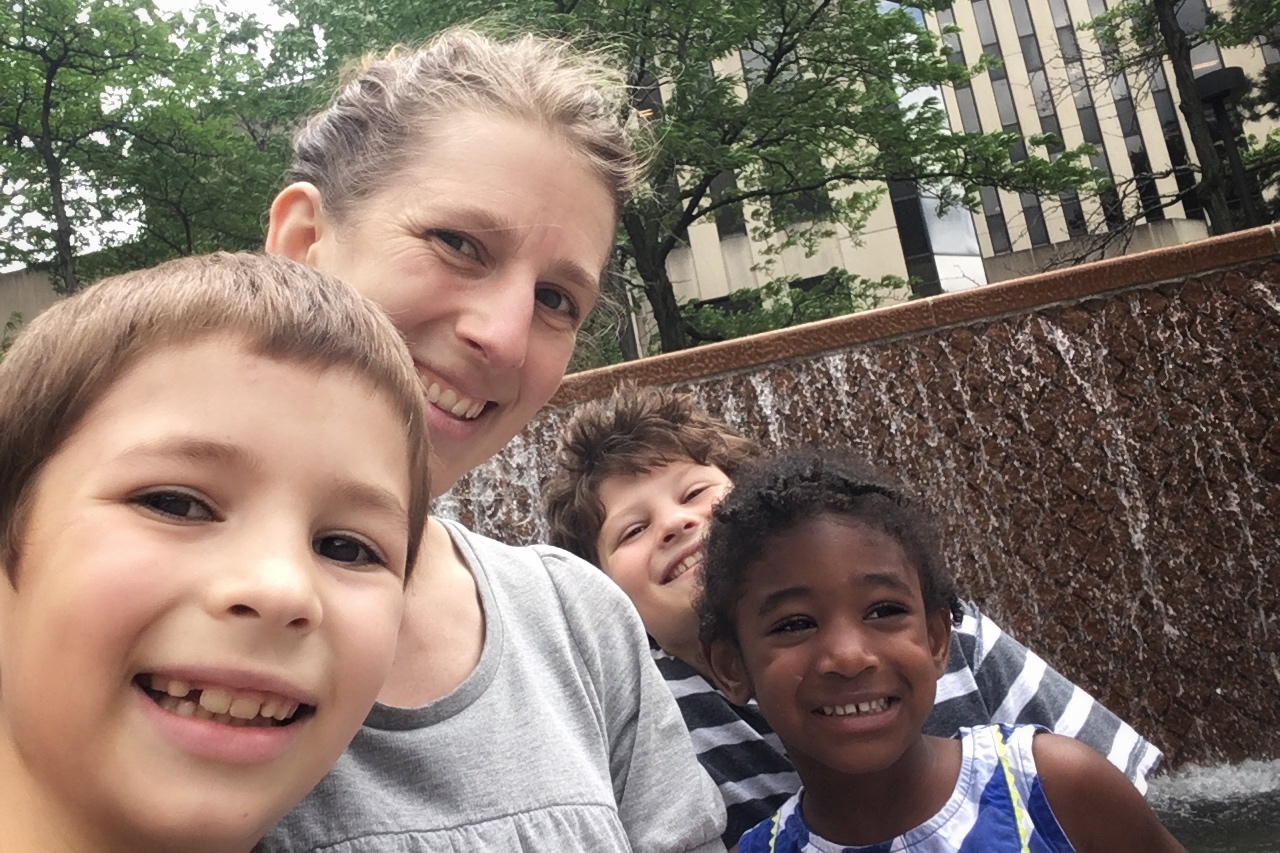 Next, we walked to CVS to pick up some way too expensive supplies for my later surprise.  Then we caught a bus headed back and at our stop, found this tiny waterfall park, where the boys followed a duck around until it got sick of them and flew off. 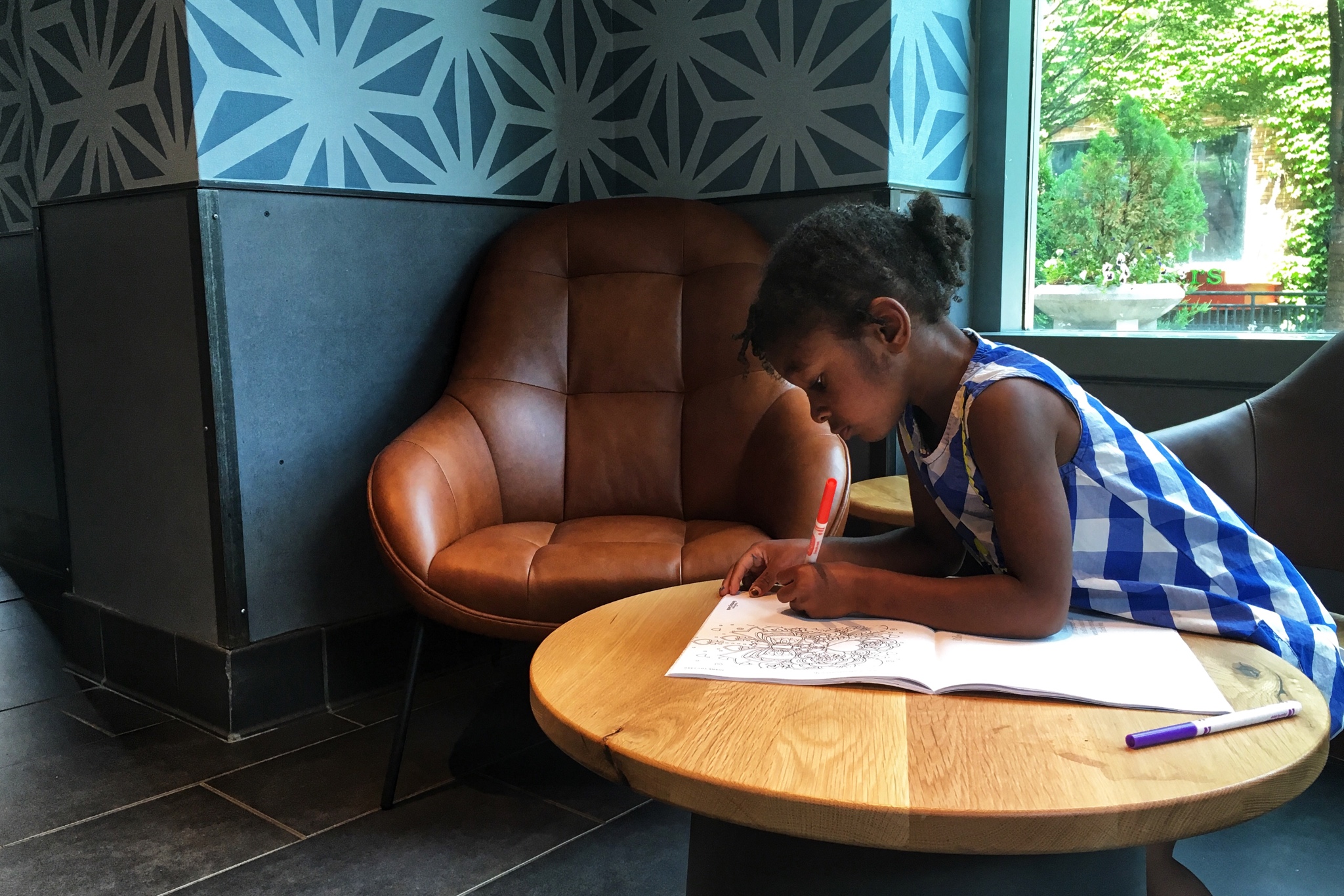 Our final stop was Starbucks for some postcard coloring and maze-meandering while we waited for Nate to wrap up work.  We all enjoyed different things about our city-afternoon, and it sure made me miss living there.