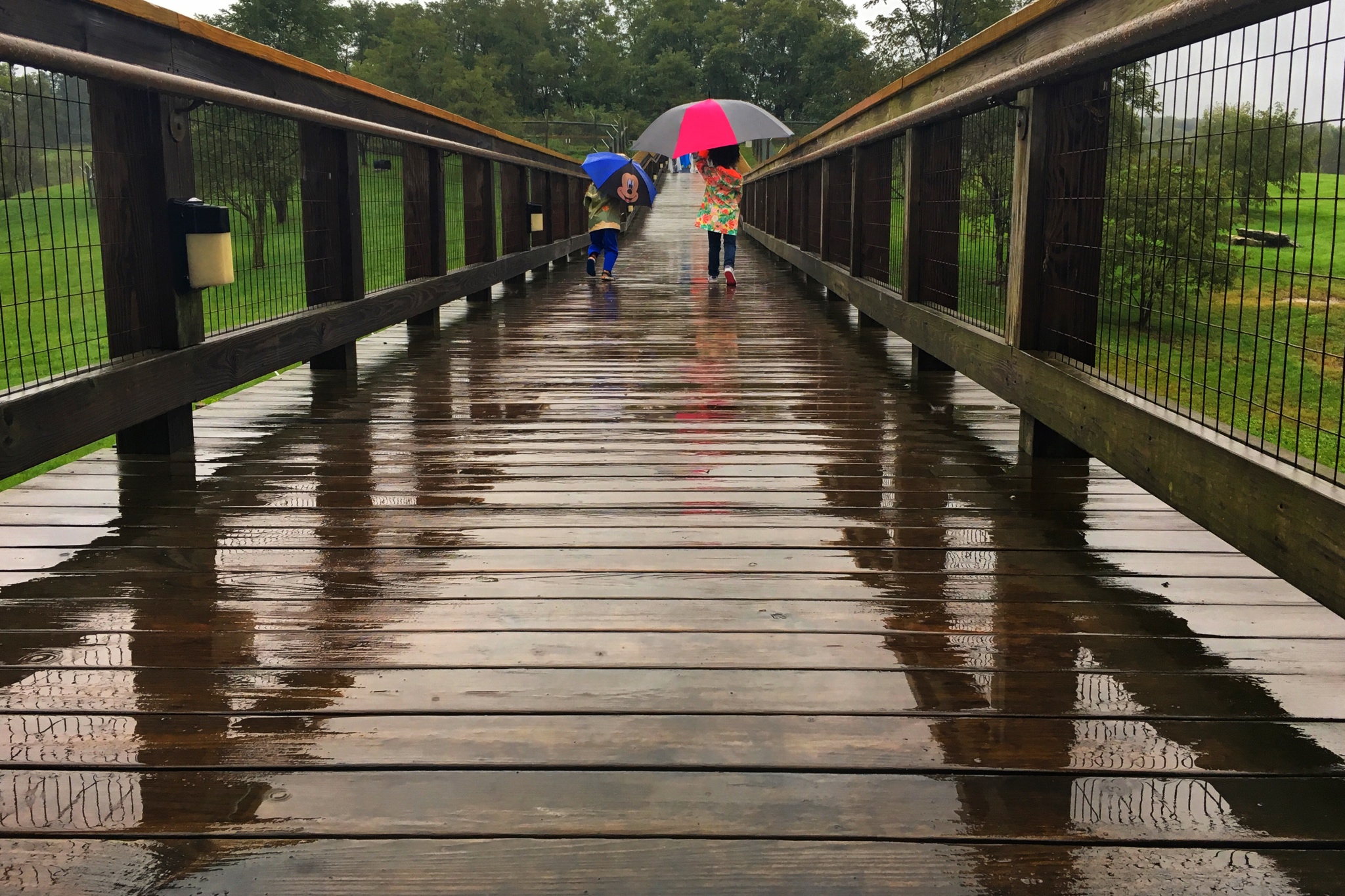 I’ve inadvertently taken a blogging break over the last couple weeks.  It was partially due to us doing more of our schooling not at home and partially because I haven’t quite known what stories to tell.  So, here we are at the end of our second hexmester, and we’re tired and ready for our rest week.  Some of the tired is from playing hard, but some of the tired is from working, struggling, and fighting for something new. 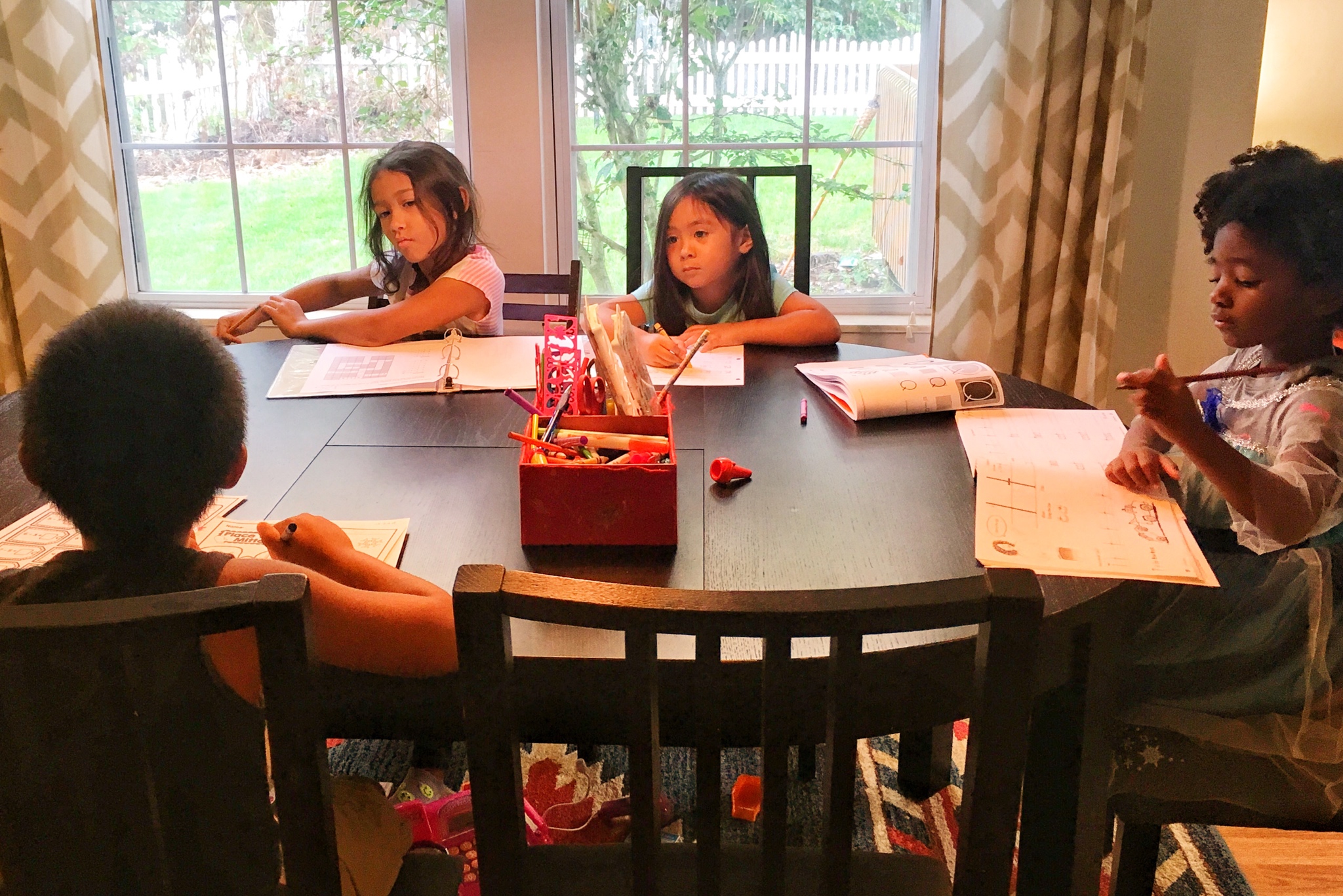 Like I mentioned recently, we have gotten to a place in our schooling where the boys would like some more freedom and independence.  This has felt like a scary step both for them because they haven’t done it before and also for me because I’m realizing our boys are quickly surpassing the experiences I’ve had in teaching young kids.  So, we forge ahead into uncharted territory, a place that includes more freedom and different boundaries. 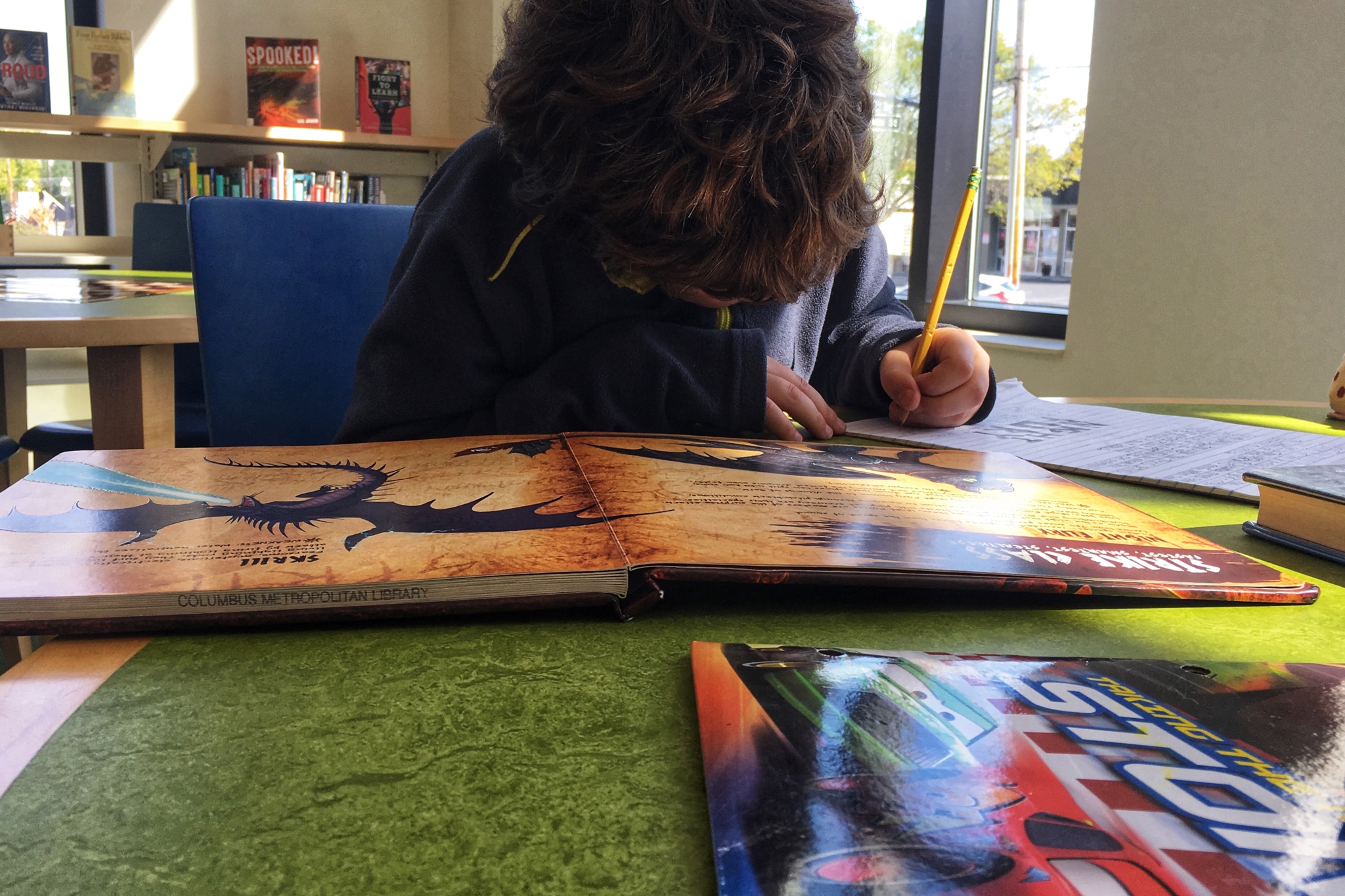 When we start hexmester three, I’ll share what we’ll be doing that’s new and different.  For now, to wrap up this six weeks, here are a couple writing samples that were definitely breakthroughs.  The boys worked hard throughout the six weeks finding their voice, doing some editing and revising, and also found they enjoyed the publishing process.  They spent all Tuesday morning typing, changing fonts, and drawing to make their final products. 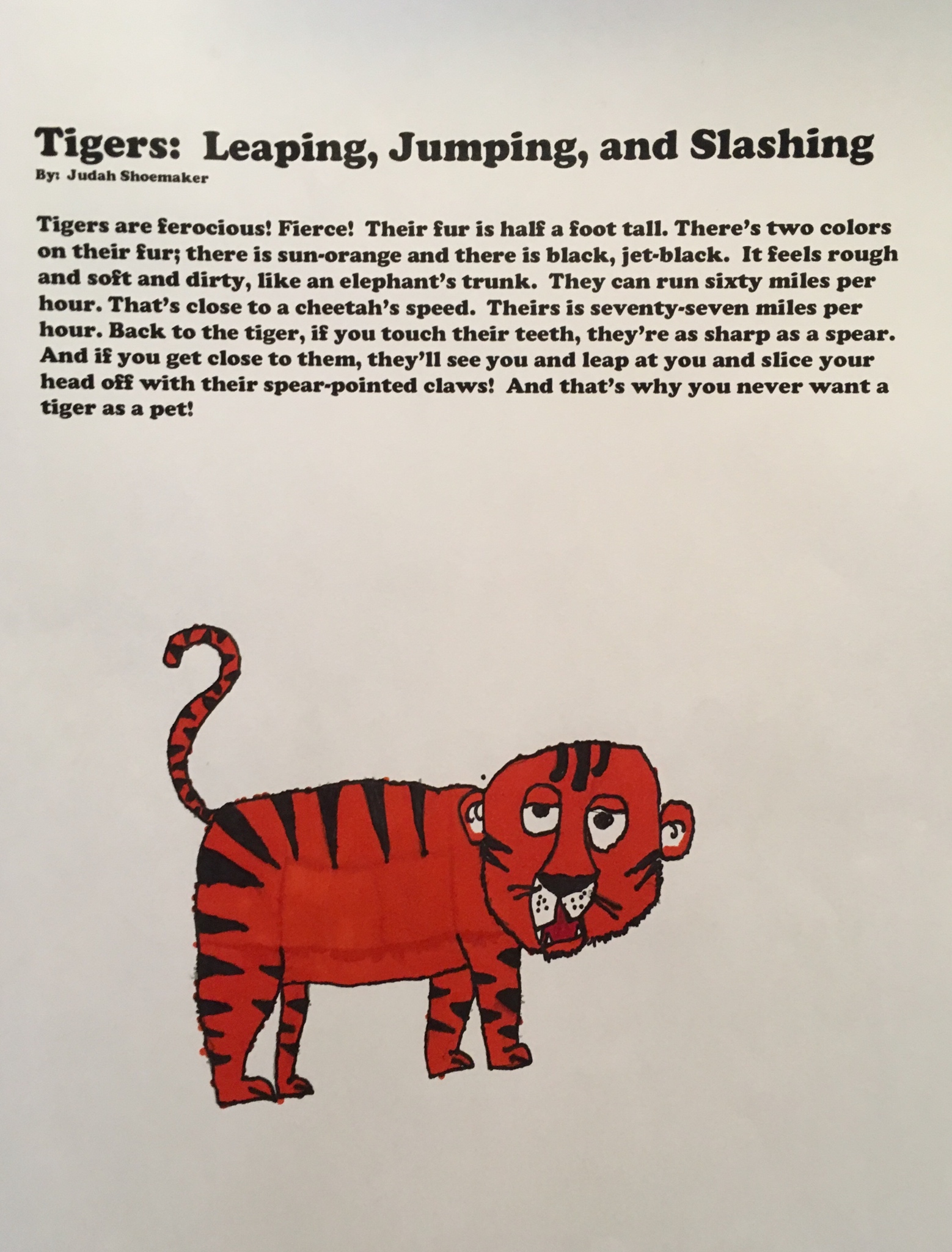 We also saw breakthrough in the area of child-led and parent-led rhythms with our one week of child-led and one week of parent-led work.  While that part still feels like it’s a work in progress, we definitely saw the joy come back in the boys when it came to learning and working.  Our youngest student has also been wanting in on the fun and has been practicing singing her letter/sounds song and learning to bake. 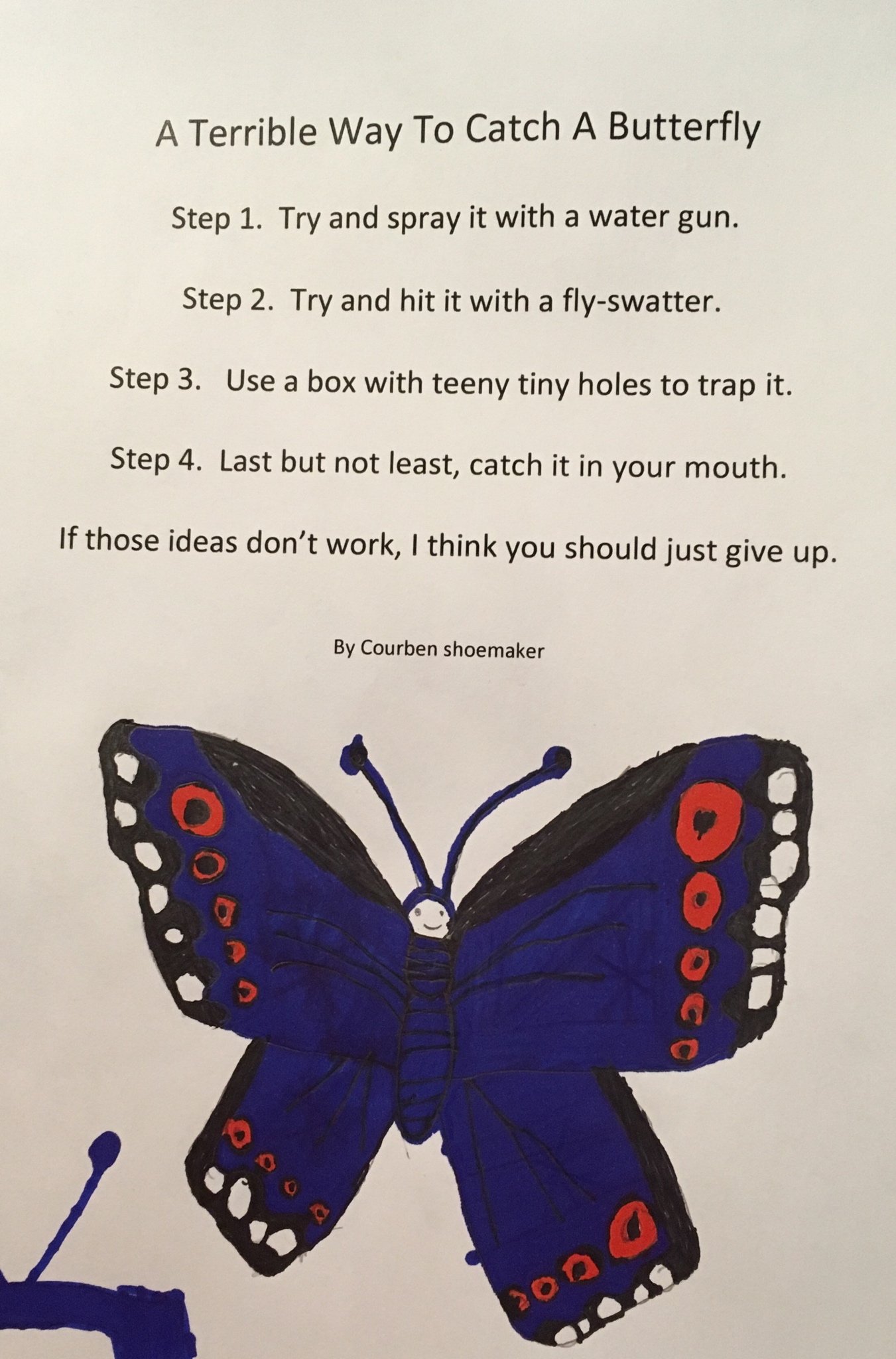 Our struggles have come in the place of time management.  Up until now, I have been manager of the time, but with the change in independence and freedom has also come a change in who’s in charge of who’s time.  So we’re still working through what it looks like to work together and get our together things done as well as our individual things done.  Nate helped quite a bit when he explained to the kids that it would be great if we were all done with our work at the same time so we can have the evenings to not work together.  So, that’s been the new goal:  all work done by the time Dad’s home.

For rest week, we don’t have many plans made, but I’m sure it will be filled with family, friends, and fun.  I’d also like to start brainstorming with my students what they’d like to learn in the areas of history and science for our third hexmester.